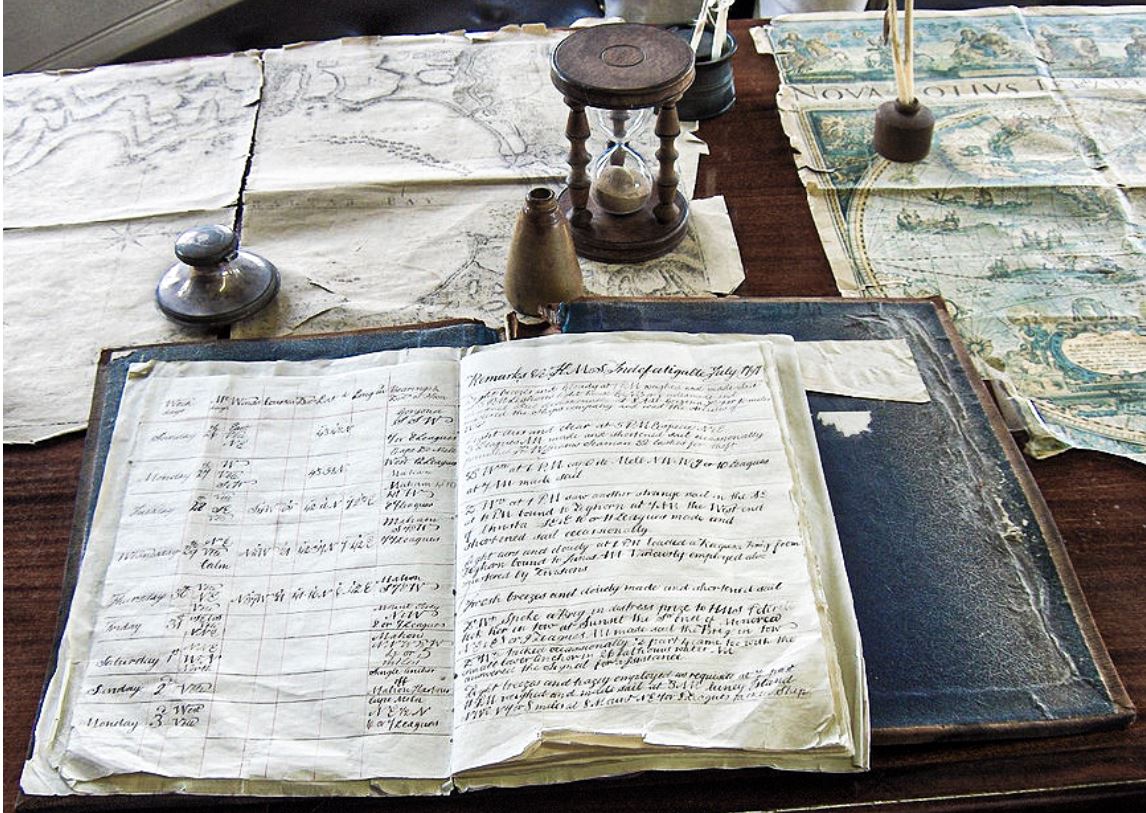 A log is a piece of raw wood after it has been cut down in a forest.

Another meaning is a nautical measurement of speed.

You can guess that there’s a connection between a log in a forest and a log in a computer program. But what really is the connection?

The starting point is with the simple nautical speedometer from ancient sailing ships. Imagine a sailing boat with a captain, a cook in the galley and four sailors, two of whom like eating fish and two who like working at night and are afraid of the waves.

The ship sets sail on Monday 17th January 1886 at 19:56 from southern Spain on its way to southern India, where children await them looking forward to receiving candies and games. In our imaginary game it is Wednesday 20th January 1886. Our sailing ship is leaving the area of the Mediterranean and entering the Atlantic Ocean. The captain climbs up to the top of the sails and can’t see any dry land. Water surrounds them and he has no idea how far he is from land- How can he know where he is? In which direction should he point the sails? What should he do?

For that reason they invented a chip-log (a nautical speedometer) – a means by which they could measure how long it would take a log of wood to go from the front of the ship to the back. 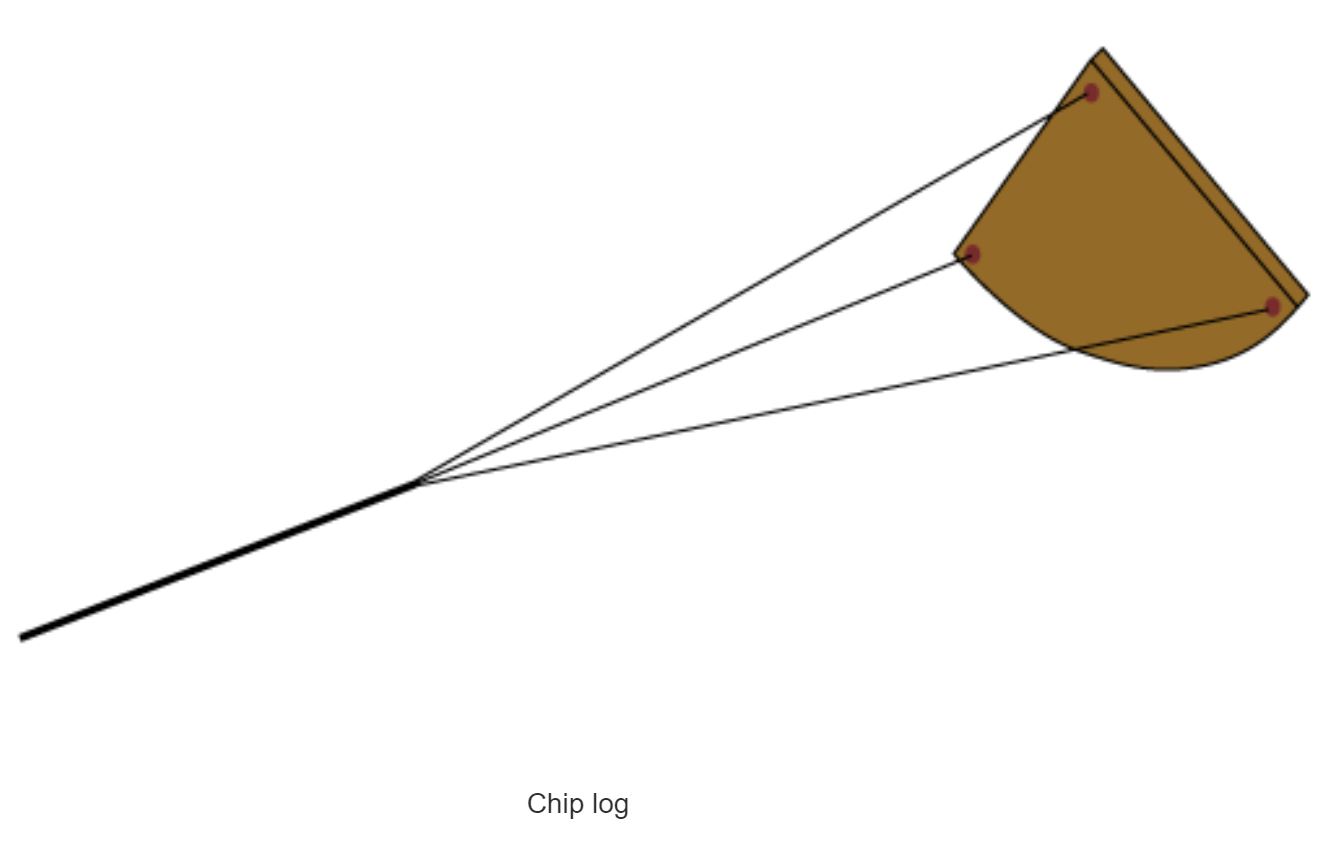 Each unit of measurement is called 1 knot. i.e. one nautical mile per hour.

The log was made out of a small wooden board, usually in the shape of a quarter circle, where the arc has a lead band so that it can be vertical to the water when it is put in position. A long measuring line is attached to the board (log-line) with knots in it at uniform intervals - this is placed on the stern deck.

HOW DID THEY MEASURE THE SPEED OF THE SHIP WITH THIS LOG?​

They threw the wooden board into the water. The board stayed in it’s place with almost no movement as the ship sailed and at the same time an hour glass was used and the rope with the knots was slowly released into the water. The relative speed was calculated according to the length of rope that was released until the hourglass ran out of sand. ( speed = length : time). The knots were to enable a quick measurement of the length of rope that was released into the water, i.e. the distance the ship had moved during that time. For example, if a minute had passed according to the hour glass and they had counted 20 knots, so the ship had sailed 20 miles an hour eastwards.

HOW WAS THIS MEASUREMENT DOCUMENTED IN THE LOGBOOK EFFECTIVE FOR FINDING THE DIRECTION ?​

The information about how many knots per hour was written in the LOGBOOK. The captain looked in the book. The log told him how many kilometers he had sailed and in which direction. This information could be drawn on a map and so he could follow the ship’s progress and guide it to it’s intended destination.The term logbook has been widened and is used in many fields and the term ‘log’ has also entered software world.

In software, logs are written and collected. For example, to find out the app’s situation - the logs enable the programmer to understand where the issues is in the code are.

Just as a logbook on a boat helps the captain to know the ship’s position in the sea, so do the logs in software help the programmer understand the users app situation. What happened during the use of the app, what problems the user encountered etc.

WHAT IS THE ORIGIN OF THE NAME SHIPBOOK? We looked for a name that explained the story of the term ‘log’- we are a logging platform in the cloud which helps developers navigate their apps logs remotely. Shipbook helps the developers detect issues in their apps before their users do.