Since 2014, the year Swift was born and included in Xcode, the language has matured and become an integral part of software development on Apple platforms. The days when Swift language syntax would change with every major release are gone, but Swift still can surprise. Judge for yourself: Synthesized conformance to Equatable was introduced in Swift 4.1, built-in randomization functionality in Swift 4.2, the Result type in Swift 5, support for Windows in Swift 5.3, and so on.

Built-in concurrency—released just last September with Swift 5.5—became an exciting game changer. And now, the next language release, 5.6, is out. In this post, we’ll take a peek at what this latest version delivers.

After introducing so many thrilling concurrency-related features in Swift 5.5, it‘s not a surprise to see more of this in 5.6.

Swift 6 is expected to be packed with breaking concurrency changes, but until that happens, we now have a chance to migrate to the new concurrency model incrementally. If you want to migrate your libraries to built-in concurrency, you may want to first start annotating your closures with@Sendable. This annotation marks values as safe to be used in Swift's modern concurrency environment, or as Swift language developers put it, the values are “data race safe.” Passing a “non-sendable” value to concurrent code generates a warning (given the “-warn-concurrency” compiler option is enabled):

Above, the method implementation inside the NewStyleClass has the async keyword. This means it takes advantage of the modern Swift concurrency, whereas the method inside the OldStyleClass doesn’t and is thus affected by the warning.

You can also use @preconcurrency to annotate imports of old modules to suppress such warnings when passing a module’s types to concurrency environments.

Global actors instantiated as default values of instance-member properties are now outlawed and generate a warning:

As you can see, the warning will become an error in Swift 6, so it’s better to prepare your code now. To get rid of the warning, just move the initialization to the init block:

Swift 5.6 introduces a new keyword for using protocols as types in the form of any:

You’re still allowed to omit it, but this is likely to change in the future. The new keyword creates a distinction between protocol conformance constraints and so-called existential types:

The difference between the two versions doesn’t seem to be a big deal now–even seasoned Swift programmers might find it subtle. Conceptually, the first method takes an argument of any type that conforms to the Employee protocol, while the second one takes an argument of Employee as a type itself. For the time being, both versions will result in the same behavior, but the keyword is here to stay, so it’s a good idea to start getting used to it.

In the above code snippet, it’s not particularly useful since those types are inferred even without placeholders. However, it might be useful for partial inference. For example, the variable in the code extract below would have the type of [String : Int]:

If we want it to be [String : Double], we can help the compiler with the second part of the type and still leave the first part for the compiler to infer:

Another interesting use case is making an inferred type optional. Just imagine how useful this could be in situations where you have to explicitly specify a very long type only to let the compiler know that it should be optional. Swift 5.6 lets you go with a shorter version:

Unfortunately, placeholders don’t work with function parameters and return values. But they do produce useful hints in the latter case and suggest fixes:

If you try to use a type placeholder with a function parameter, you’ll be shown another funny hint: 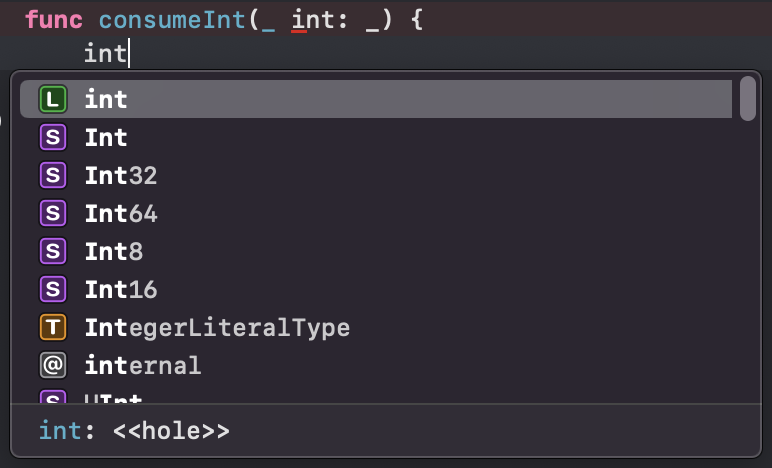 Figure 1: Attempt to use a function parameter with a type placeholder

Swift lets you encode dictionaries with String and Int keys into JSON objects of key-value pairs:

But if you try to use any other type for keys, you’ll end up with an array of alternating keys and values instead of key-value pairs—not very convenient for sending to your backend:

Now, in Swift 5.6, the CodingKeyRepresentable protocol fixes this issue. What it expects from you is to essentially implement a way to represent your custom key as a String and, optionally, an Int. Of course, this is just a wrapper for existing limitations, but the protocol at least provides a unified way of doing it instead of forcing you to “reinvent the wheel” with your own solution:

The #available keyword now has an inverted counterpart–#unavailable.

First of all, this is useful in situations when you would need to write something extra for older platforms. For example, starting from iOS 13, you might have moved a lot of application initialization stuff to UISceneDelegate and executed a lot of code in UIApplicationDelegate only conditionally, to ensure backward compatibility with previous iOS versions:

Swift 5.6 allows you to make such code look a little bit nicer:

In the #unavailable case, you of course don’t need a wildcard as the second argument–another small advantage to making your code a bit more concise.

Although Swift 5.6 doesn’t seem to bring us a pile of new exciting possibilities like Swift 5.5 did, it’s another important step towards Swift 6. After introducing a built-in concurrency with the previous language release, it’s not surprising that the authors continue building a path for us to slowly start using this feature in real projects.

Another important thing about this new release is the existential “any” keyword. If I had to bet, this keyword is going to be mandatory in one of the upcoming major releases. Whether or not this actually happens, Swift users should keep up with what’s going on in the field.